skip to main | skip to sidebar

Whew...I was so excited to see this place up, I didn't realize that it probably isn't written by aajonus himself. Tell us about yourself Charlie? How did you end up doing this blog? Err...perhaps I better go check your original posts huh. yeah, I'll go do that now, =) thanks!

I have been asked how I ended up doing this blog. It is quite simple.
I was given a rave review of We Want To Live by someone I had known for years. He said it was the first time he had not been in pain his whole life. (He is a big strong guy who exercises a lot and has several black belts; I would have never guessed, but he said that while doing work-outs the pain was less, so he kept working out. On the same day, my wife was given a rave review by someone she had met while they both went to the same hospital. This lady had experienced great relief by doing this diet after open heart surgery.
My wife and I went to a potluck. We met Aajonus and long story short we have benefited so much health wise (I will fit in details as we go along in the blog) that we asked him if he needed a website featuring him. In my opinion, he has SO much right and should be listened to more than any other nutritional author around.

I am "the wife". About 7 years ago I went on the Primal diet after consulting with Aajonus. I had such a big win in the first year (handled insomnia so I could heal) that I figured--OK I can eat regular now, and I went off the diet. Well (rolling forward) I got cancer (diagnosed a year ago), went back on the diet after sheepishly consulting with Aajonus once again, and my recovery has been utterly remarkable. Am I happy? You guessed it!

Super
another primal raw body builder
wonder if I am the only female?!
I hope not....I am Kieba with a primal raw boot camp for body mind Spirit on the big island of Hi.
wt. training daily is part of the schedule I was a competetive body builder for many years and wond a few nice titles, but after yrs of a vegetarian then primarily raw and vegan diet, my health, strength, muscle size etc. all declined drastically
I was introduced to the Primal diet....the book we want to live just 10 months ago
I took baby steps in introducing raw animal products but immediatly noticed HUGE gains in energy and strength. the Raw Liver I think saved my life from horrible anemia
I am a believer and now have my campers on a modified raw primal diet program all custom to their wants and needs....I call it the "retro-raw" meaning return to the way we were ment to eat, and retro also being a hip term for the Now becoming most popular and of course the optimal healthy way to eat in our toxic world.
I am now 48 and have the energy and strength that I did 20 yrs ago....actually MORE energy
love life with a Passion and I share my energy, knowledge not to mention many experiences and wonders of this paradise here in Hawaii
check it out
www.bodytemplebootcamp.com
also have a listen to the radio program I was on listed in this site !

I know this is an old post, but I went and googled Armand Tanny, and DAMN - that guy was HOT. He looked way better than most of the steroid pumped body builders today. 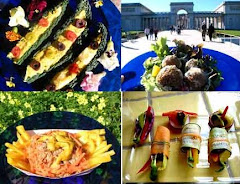 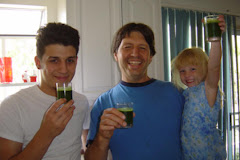 We Want To Live: The Primal Diet!

The Recipe for Living Without Disease!

ellingson_jim
I have benefited so much from the Primal Diet that I want others to know that this diet is a live alternative to the Standard American Diet and to vegan and vegetarian approaches. Thus I started this blog and the www.wewant2live.com website.